London is a place where you can see a row of adjoining beautiful homes. They look almost same as well as attractive. But the problem with these adjoining houses is that it becomes really difficult to have a loft conversion, or an extension or full new scale building work to be done in the building because of the Party wall Act.

What is a party wall?

A party wall is a wall that divides the property of two or more owners from each other. It is a wall that belongs to two different owners. For example, it is seen that in old times, the houses were divided by using a single wall that separated one house from another. But repairing the house or building the entire property means that the common wall should also be broken, which is sometimes offended by the neighbour. So, to handle this case party wall act came into existence.

It is the duty of the London party wall surveyors to take the responsibilities in their own hands and resolve the disputes or conflicts that were raised between the property owners. This situation evolves especially with the garden fence wall. The party wall surveyor prepares the documents which are called as Party wall award. This award comprises a very useful information such as owner’s right and responsibilities towards proceeding of the work, time duration of the entire work, working hours, what happens if the damage is done to the wall during the repair or construction work and other similar information. 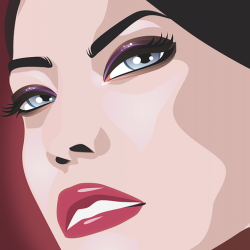